The outgoing President of the Supreme Court, Lady Hale, has voiced strong criticisms of the proposed reforms to the Divorce (Financial Provision) Bill.

Under the proposed reforms, this would adopt some of the Scottish model, limiting spousal maintenance to a maximum of five years apart from in exceptional grounds where a spouse would suffer serious financial hardship. This would also make pre-nuptial and post-nuptial agreements legally binding providing certain conditions were met, as well as dividing matrimonial property equally between spouses.

Lady Hale questioned the 'one-size-fits-all' approach, and in a speech to the Family Law, Policy and Practice entitled 'What is a 21st Century Family', when commenting on critics of the proposed no-fault divorce reforms, she said:

"More threatening in my view is Baroness Deech's bill. I can see the attractions of all of this when set against the agony, the uncertainty and the expense of seeking out tailor-made solutions. But I question how 'one size fits all' can possibly meet the justice of the case and fulfill the role of the family in shouldering the burdens which it has created rather than placing them upon the state."

Lady Hale has been vocal in supporting the 'no-fault' divorce reform bill stating:

"The idea is to strengthen the system by deducting the acrimony involved in having to prove facts and so create a better climate for making amicable agreements about the financial and child arrangements."

Lady Hale retires in January and has always been very vocal in her opinions and it will be interesting to see what other comments and opinions she gives over the next six months.

I question how one size fits all can possiblt meet the justice of the case or fulfill the role of the family in shouldering the burdens which it has created rather than placing them upon the state. I fear that it assumes an equality between the spouses which is simply not there in many, perhaps most, cases.' 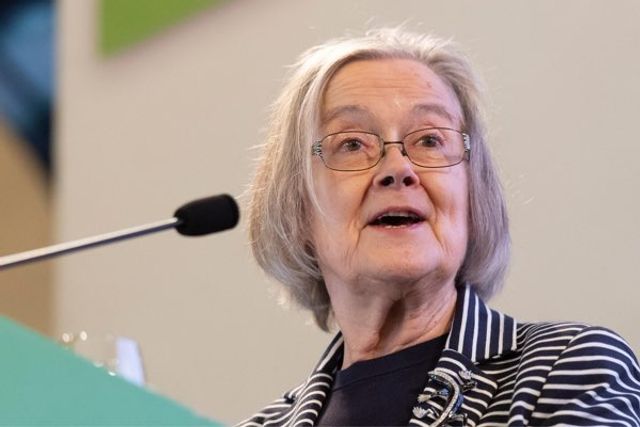 Should Judges Be Able to Mute Unruly Parties in Remote Hearings?
Jonathan Whettingsteel

How has COVID-19 Changed the Use of Illegal Drugs?
Tracey Benjamin

Will Emily be allowed to keep her baby?
Tracey Benjamin
repost  cancel