On 22nd March 2019 Sir James Mumby, sitting as a High Court Judge considered the case of a Husband and Wife where their divorce petition had been completed incorrectly, but this was not discovered until some years after the making of the Decree Absolutely, with both parties having remarried.

The Judge needed to consider whether the errors made the Decree Nisi 'void' (making them invalid, and meaning the parties had never been divorced, making their new marriages invalid) or 'voidable' (meaning the Decree Nisi and Decree Absolute and party's subsequent marriages remained valid).

The short background was that the Husband and Wife married in September 2011, separating shortly after this, with the Husband issuing divorce proceedings on the grounds that the parties had lived apart for the two years preceding the petition. After the Husband's petition was refused on a number of occasions, due to the paperwork being completed incorrectly, the petition was finally issued on 26th July 2013.

The date for issue of the petition was 22 months after separation, being 2 months less than the required two year period. This was however not noticed by the court staff or Judge's who pronounced the Decree Nisi and Decree Absolute.

This was only noticed following a routine review of the file some years later in October 2016, by which time Husband had remarried a Brazilian national in her home country, where bigamy was illegal and imprisonable, even if by mistake.

If the Decree Nisi and Decree Absolute were held to be 'void' then the Husband faced imprisonment if he returned to Brazil, as well as having his marriage deemed invalid, and his new Wife's status in the UK also being brought into question, as this was based on her being married.

The court listed an urgent hearing, listing the matter on 18th January 2017, when the Husband's petition was amended to be issued on the grounds of the Wife's 'unreasonable behaviour,' on the basis that the Wife had left the Husband and not lived at the address for 22 months, keeping the same criteria as previously used by the Husband in his previous petition.

Section 3 of the Matrimonial Causes Act 1973 was considered, where it is stated a petition issued less within 12 months of the date of marriage is void, and it was submitted by the Queen's Proctor, although this case concerned Section 1(2)(d) of the legislation, it should not be distinguished.

It was submitted by Counsel for the Husband that this case should not apply Section 3 MCA 1973, and be distinguished from the case of Butler V Butler [1991], where Section 3 MCA 1973 was applied, and a petition and the subsequent Decrees were held to be void. This was on the grounds;

1. The petition was issued over 12 months after marriage, meaning the court had jurisdiction to consider the petition, and;

2. The unreasonable behaviour cited in the amended petition still applied at the date the petition was originally issued.

Sir James Mumby found the Petition and subsequent Decrees to be voidable, citing 11 different points, including noting a different set of circumstances as those which applied in the case of Butler, and also considering public interest and the intentions of Parliament and that they would not have intended circumstances such as these to result in the injustices to all parties that would arise should the divorce be held to be void.

The potential implications not just for the Husband and Wife, but also their new partners would have been substantial if the court had found the Decree Nisi and Decree Absolute to be void and therefore invalid. It is important to make sure all paperwork is correctly completed and all procedures followed, as the issue here was simply that one wrong box had been ticked on a divorce petition.

You should seek qualified legal advice if you are unsure of any processes or procedures.

Contact one of our experienced family team who will be able to advise you on the required procedures and assist with completing any forms.

The decree was made absolute on 24th February 2014. Both M (the husband) and P (the wife) then went on to re-marry relying on the validity of their decrees. Some two years later, clerical and judicial errors were discovered that brought into question the validity of the judicial process by which the divorce had been granted. 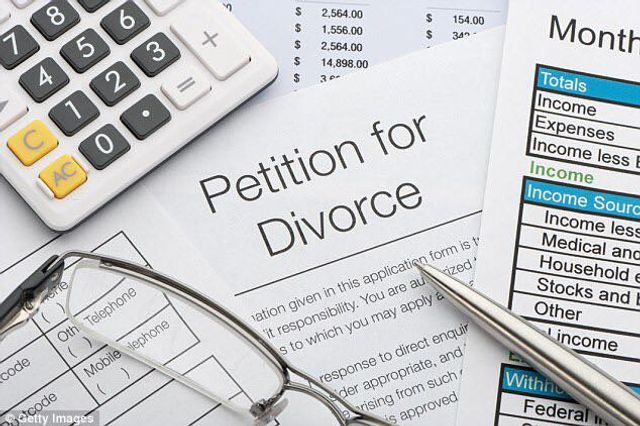