As well as being the final day of the year, and indeed the decade, 31st December 2019 was an even more special occasion for Rebecca Steinfeld and Charles Keidan who were one of the first heterosexual couples to enter into a civil partnership following their successful challenge to the Supreme Court.

From 31st December 2019, heterosexual couples can now choose between entering into a civil partnership or a marriage, almost 15 years after the introduction of Civil Partnerships first took place.

Ms Steinfeld and Mr Keidan felt that a civil partnership was a 'more modern way' to formalise their relationship, believing marriage to be outdated.

After years of unsuccessful challenges, the matter was finally heard by the Supreme Court in 2018 when a unanimous decision was reached by the Judges that a refusal to allow Ms Steinfeld and Mr Keidan to form a civil partnership was a breach to their rights to a private and family life.

This major change in the law is set to be mirrored across the UK with Scotland's equivalent legislation currently passing through parliament and Northern Ireland will be following shortly too.

Although eventually successful, Mr. Keidan acknowledged the impact the years of court proceedings had on him and his new civil partner stating their mental health had suffered under the strain.

This new option to mixed-sexed couples may also bring an end to the myth and give new options to the 'common law spouse' and hopefully highlight the long, misheld belief that co-habiting couples are protected under certain rights, and may now receive the same protection as a married couple by entering into a civil partnership.

For any advice on cohabitation, civil partnerships or marriage contact one of our experienced family solicitors who will be able to give you confidential advice on your options.

Many believe they are already protected by so-called "common law marriages", but these do not exist. As a result, they do not enjoy the same property, inheritance and tax entitlements as married couples and civil partners. The government estimates as many as 84,000 mixed sex couples could become civil partners this year, giving them greater rights and protections within their relationships, without having to get married. 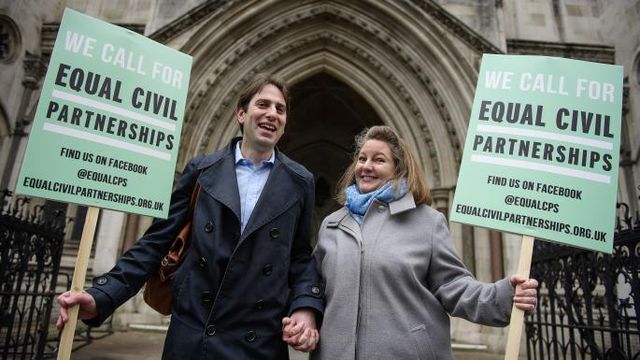 Are Family Courts about to become more open to Journalists?
Jonathan Whettingsteel

Divorce Day - is it a myth?
Pauline Ellis

What does being intersex mean ...
Tracey Benjamin