Despite appeals and attempts by Sheikh Mohammed Bin Rashid Al-Maktoum and his legal team to keep the Judgement secret, findings have recently been published by the British High Court making a number of negative and damning findings against him.

After hearing lengthy evidence, including from multiple witnesses, the presiding Judge, Sir Andrew McFarlane (who is also the President of the Family Courts) made a number of findings against Sheikh Mohammed and his conduct. This included finding that he had 'acted in a manner from the end of 2018 which has been aimed at intimidating and frightening' Princess Haya.

The Judge also found that Sheikh Mohammed had 'ordered and orchestrated' the abduction and forced return to Dubai of his two adult daughters from another marriage.

Princess Haya was so fearful of her husband that she fled the country, travelling to London but, even after the move, Sheikh Mohammed continued his intimidating conduct, both directly and through his agents who acted on his behalf.

Sheikha Latifa, another of Sheikh Mohammed's daughters also made attempts to escape from her Father and was held prisoner in Dubai for over three years on the first occasion. Following her second unsuccessful attempt to escape, she was put under house arrest and subject to serious physical abuse equating to torture.

Princess Haya initially believed Sheikh Mohammed's explanation about what had happened to his two daughters. However, upon her becoming suspicious, Sheikh Mohammed and his agents began a campaign of intimidation against Princess Haya, including placing a gun on her pillow with the safety catch off on two separate occasions.

After Princess Haya fled to England with her children, Sheikh Mohammed then used his media connections and influence to generate negative articles and publicity against Princess Haya, which the court found 'wholly inaccurate'.

The Billionaire is the vice President and Prime Minister of Dubai and a high profile public figure who counts the Queen amongst his acquaintances and it remains to be seen what impact, if any these findings will have on his public position.

The judge ruled that "the father has therefore acted in a manner from the end of 2018 which has been aimed at intimidating and frightening the mother, and that he has encouraged others to do so on his behalf". 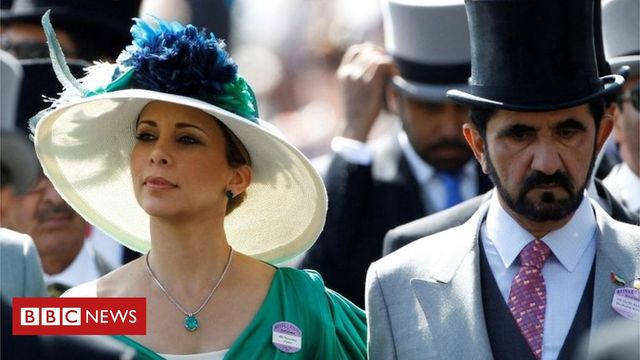 What Makes a Valid Marriage? Court of Appeal Rule an Islamic Ceremony did not create a marriage
Jonathan Whettingsteel