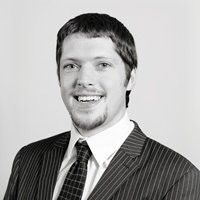 We will no doubt all be aware of the Prime Minister's address to the nation on 23rd March 2020, in which he said, apart from in very limited circumstances, people should remain in their homes. The question is what does this mean for separated parents and child contact?

Matters were not helped the morning after the address, with Michael Gove going on breakfast television saying children should remain with the parent with whom they were with when the 'lockdown' was announced, only to go on a different breakfast show a few minute minutes later to apologise and retract this!

Below is a link to the official government guidance which states that where parents of a child/children live in separate households the child / children can move between households. This means that children can still enjoy contact and a relationship with both parents.

The advice is that the amount of contact should be minimised, and parents should give consideration to extending contact periods with each parent so they spend longer with each parent and minimise the number of handovers.

Obviously, if a parent, child or anyone in the household does show symptoms of the virus then they should self isolate and not leave the property.

These are unprecedented times which no one could have planned for.

If you work in a critical sector outlined in this guidance, or your child has been identified as vulnerable, you can continue to take your children to school. Where parents do not live in the same household, children under 18 can be moved between their parents’ homes

A warning for those recording a hearing without permission
Jonathan Whettingsteel

Cafcass launches the 'Together with children and families' framework
Karen Andrews

Travelling abroad with children with a different surname?
Karen Andrews