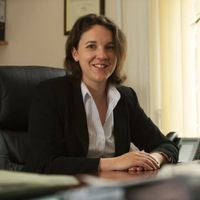 Last week, MP's debated the final stages of the no-fault Divorce, Dissolution and Separation Bill which has now passed its third and final reading in Parliament.

All that remains is for the Royal Assent to be obtained, which will be later this year.  However, couples seeking a no-fault divorce will have to wait until Autumn 2021 for it to be implemented.

Currently, if you wish to apply for a divorce, the only grounds available are on the basis of: a person's adultery and you find it interolerable to live with them, unreasonable behaviour, two years separation with consent, desertion or five years separation.

The bill seeks to:-

Margaret Heathcote, chair of family law group Resolution, has said lawyers will be better able to support couples to resolve matters "as constructively and amicably as possible, minimising the impact on any children they may have."

The passing of the Bill is significant progress for family law after a 30 year campaign run by Resolution.

Couples seeking a no-fault divorce will have to wait until autumn 2021 even though proposed legislation removing fault from the divorce process has reached the finishing line of its parliamentary journey. The Divorce, Dissolution and Separation Bill concluded its passage through the House of Commons yesterday. It will return to the House of Lords to consider an amendment before receiving Royal assent. However, lord chancellor Robert Buckland told MPs that the bill’s reforms will not come into force on Royal assent ‘because time needs to be allowed for careful implementation’.

Should Judges Be Able to Mute Unruly Parties in Remote Hearings?
Jonathan Whettingsteel

How has COVID-19 Changed the Use of Illegal Drugs?
Tracey Benjamin
repost  cancel